A prostrate ground cover which spreads by stolons and rooting at the nodes. Has large reniform, glabrous leaves with long petioles and scalloped margins.

Notes: Minute reddish-yellow flowers are borne in threes in umbels. The fruit is laterally compressed and wrinkled
Colour: Yellow

NOTES: Found in and along the roads in the veld
HABITAT NAME: Veld 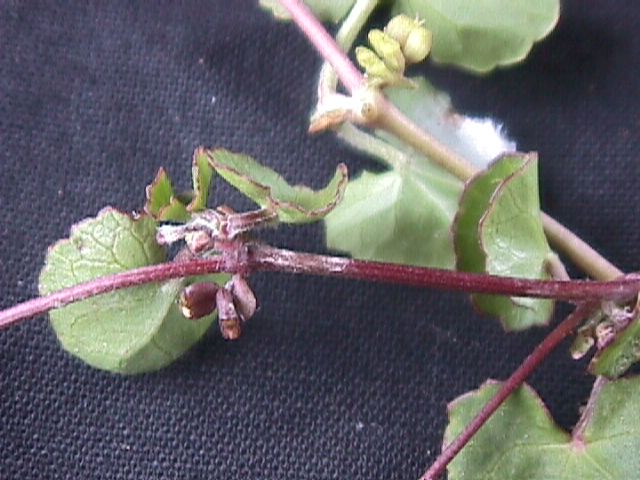 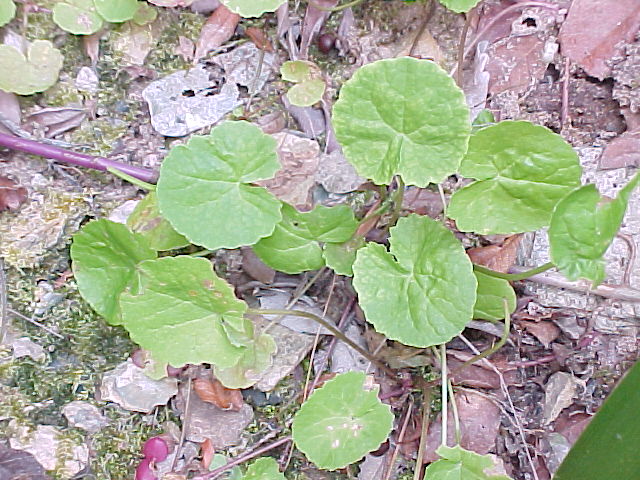