A small, flattened spider with a carapace which is longer than wide. All the eyes, except the posterior median eyes have clack circles around them. The legs stick out to the sides and the last pair is generally folded over the abdomen. The chelicerae are enlarged and point forwards. Their flattened bodies are an adaptation to living in narrow crevices.

Notes: A black carapace which is slightly lighter in colour than the abdomen which has faint paler longitudinal lines. The under side has two white spots
Colour: Black

All year
April
All year 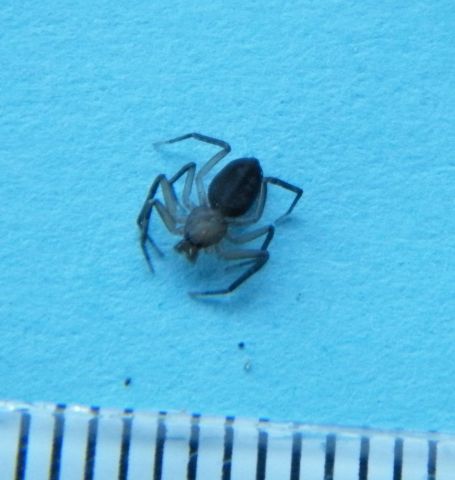 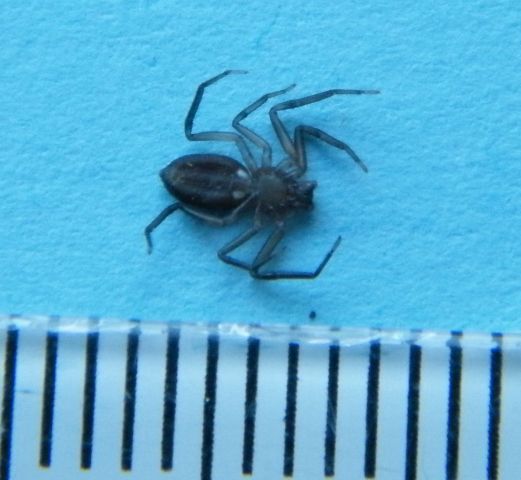