A small plant to 40 cm, which catches insects on the sticky hairs on its leaves. The leaves are dimorphic with the lower ones radical and oblanceolate and the upper leaves linear. This species always has some leaves up the stem. 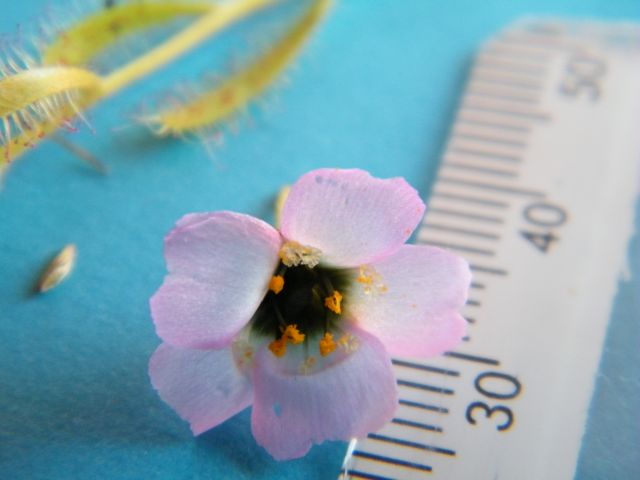 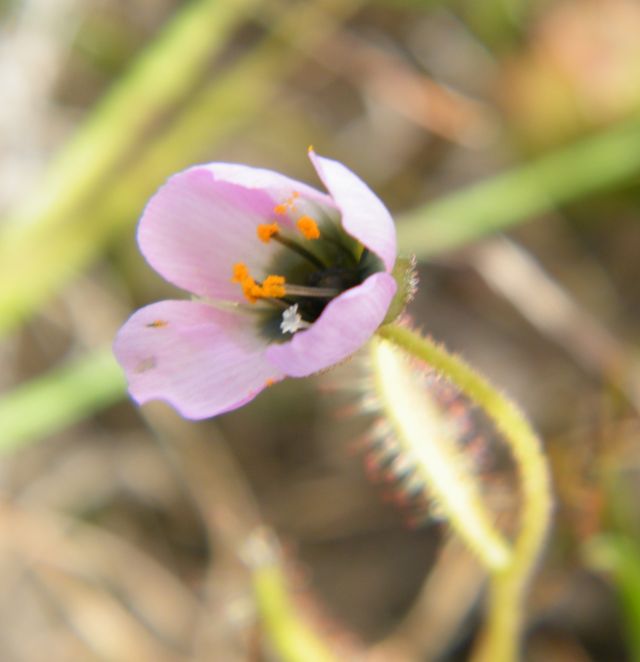