Beetles with a prominent 'neck' where the prothorax joins the head. Produce a blistering agent called cantharidin which can cause death if taken. Larvae live as parasites in bee hives.

NOTES: Found on flowers in the veld
HABITAT NAME: Veld 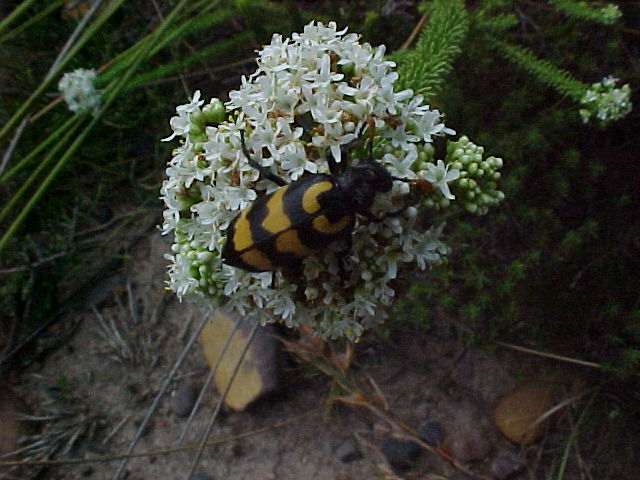 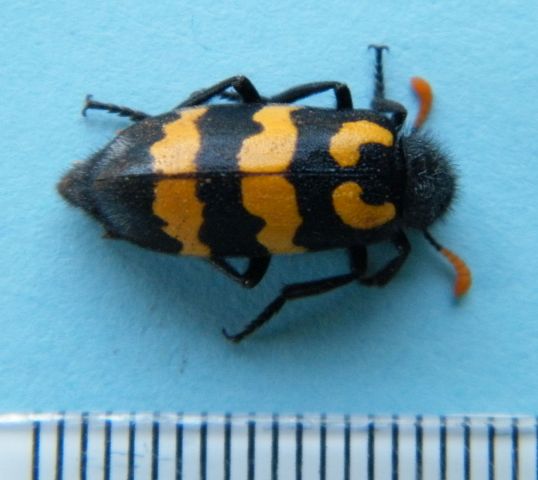 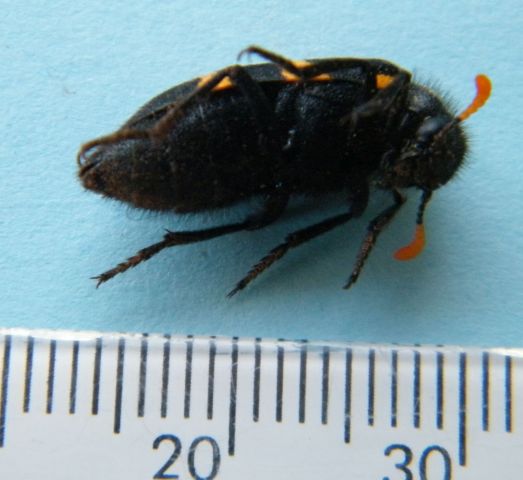