Climbing shrub with stems spiny only at base. Soft feathery linear cladodes in fascicles. 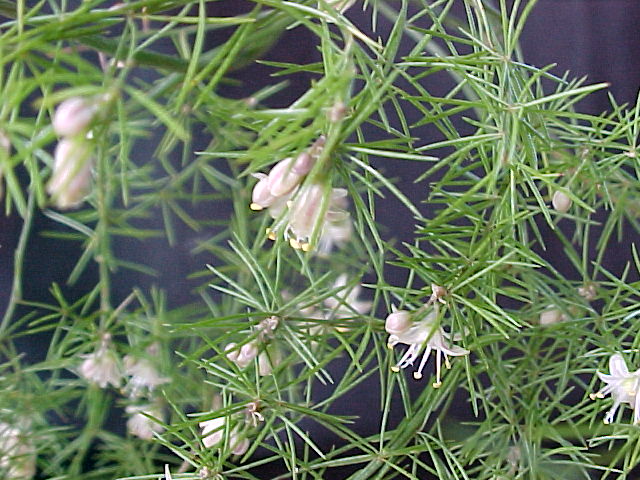