A small, erect, hairy shrub with ovate, opposite leaves with slightly wavy edges. Each pair of leaves arises at right angles to the next on the square stem The bracts are aristate.

Notes: Mauve flowers are borne in axillary clusters and appear verticellate. The calyx is divided into 4
Colour: Purple 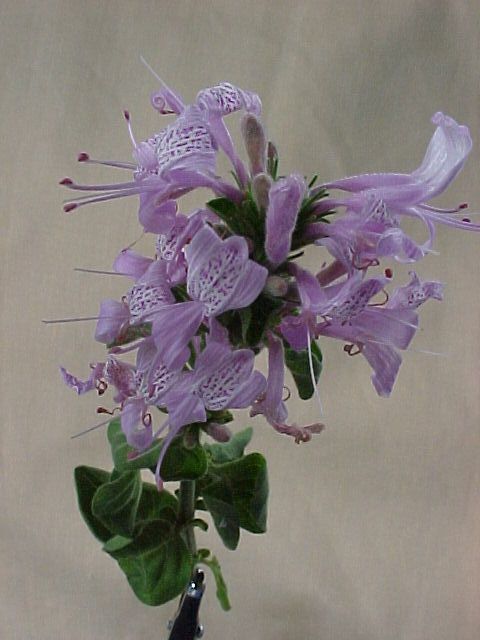