An annual herb up to 1 m. The leaves are greyish-green. A widespread weed from Europe.

Notes: Insignificant green flowers are tightly packed towards the ends of the stems
Colour: Green 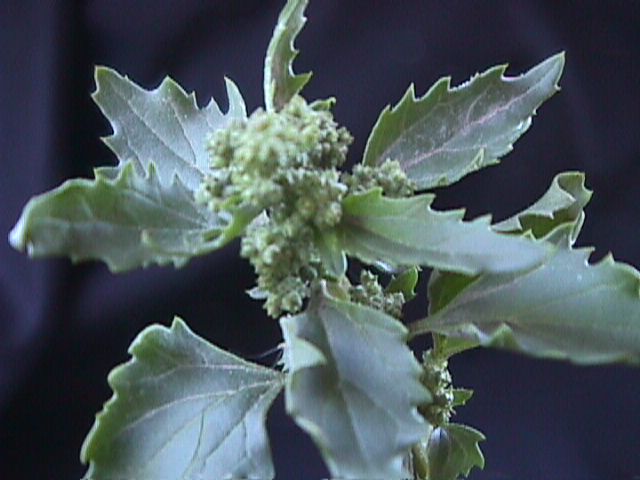