A monoecious tree with dark grey bark and elliptic to ovate leaves which are broadly toothed.

Notes: Red figs are borne in panicles on the trunk and main branches. The figs are 20-40 mm in diameter
Colour: Red

NOTES: Thus far only recorded from the freshwater area of the Kromme
HABITAT NAME: Riverside 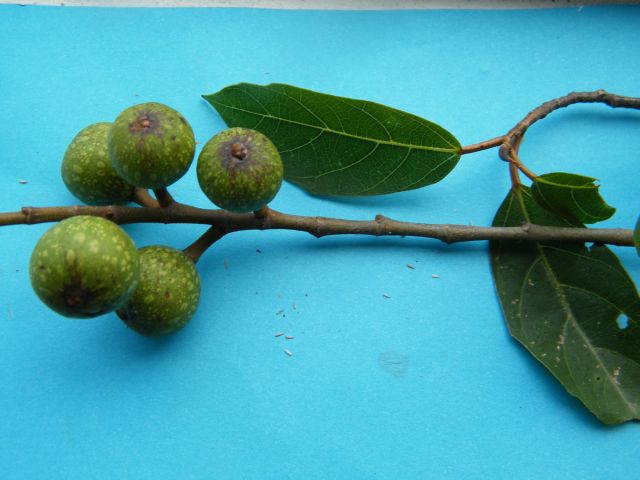