A shrublet to 60 cm with silky hairs. The apiculate leaves are opposite or apparently verticillate.

Notes: The green flowers are borne in axillary clusters and are enclosed in fleshy, waxy white bracts in the fruit
Colour: Green

NOTES: Occasionally found along the roads in dry, open areas in the bush
HABITAT NAME: Bush

Respiratory treatments
Steam from the stems and leaves is inhaled to treat asthma, bronchitis and nasal congestion and cooked roots are also used
Rheumatism treatments
A twig is placed in the bath water or steam from a decoction is inhaled for rheumatism
Fatigue treatments
A leaf infusion is taken orally for general fatigue
Muscle treatments
Pulped leaves and stems are rubbed on for muscle pain
Magical uses
Used as a charm against witchcraft
Food
The fruits are said to be edible and pleasantly flavoured
Animal treatments
Unspecified use 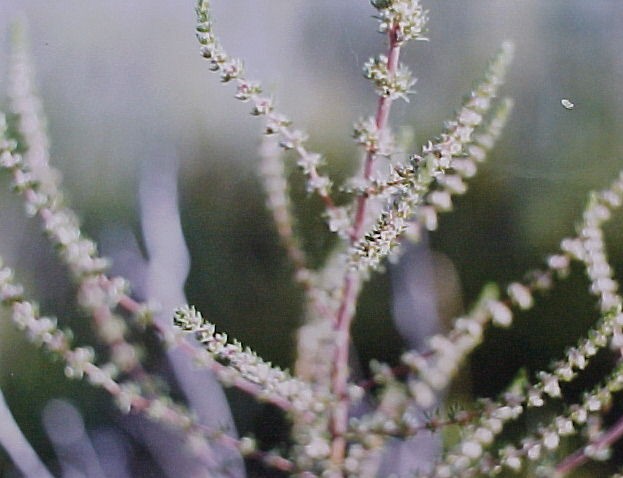 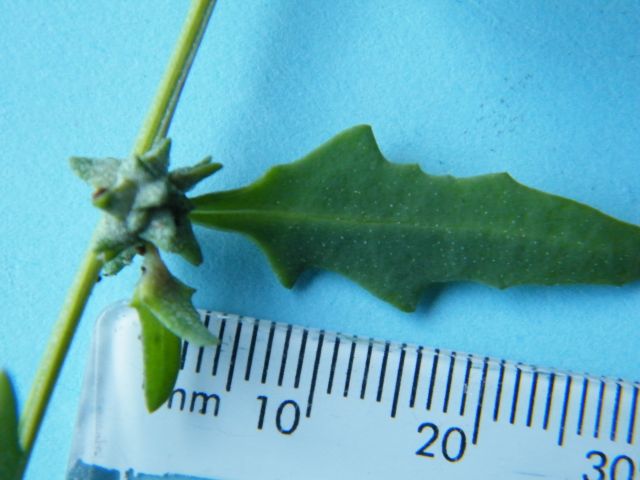