Notes: Fragrant yellow flowers with a white corona are borne in umbels. The inner lobes of the corona are swollen and the outer are ring-like
Colour: Yellow 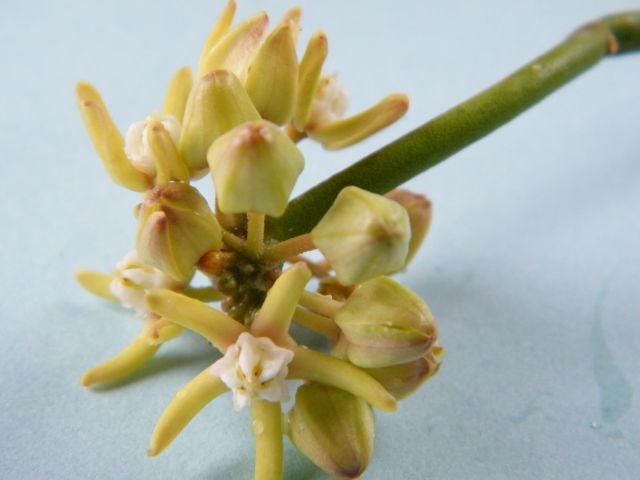